Napoleon, former member of Tupac’s group the Outlawz, recently spoke with Hip Hop journalist The Art of Dialogue, giving his thoughts on Biggie Smalls decision to come out to L.A. after Tupac passed.

Months later after Tupac’s passing, The Notorious B.I.G. headed to L.A. in part of a media run, and to perform at the 1997 Soul Train Music awards. A decision that Napoleon questioned.

“I think that was a very miscalculated step on his part, you know what I mean?” Napoleon said. “I think he underestimated the people’s love for ‘Pac. And I think it was a little arrogant, to be honest.”

“Of course, we don’t wish death on nobody and I’m not saying that this is what he gets. These not the words I’m saying but, I heard the radio. I remember listening to the radio station, and the phone calls that were coming in, the threats. People were threatening him.”

KYLD 107.7 FM of San Francisco interviewed Biggie four days prior to his passing, where he spoke about moving forward from all the negativity. “I’m just getting over this whole situation with this east coast west coast thing. They was going though there thing. We was going through our thing,” said Biggie during his last interview.

Biggie would then explain why he decided to visit L.A., “I just came over to basically squash. My album is about to drop March 25th, I need to be all up in the Bay, Oakland, all over. I gotta grind.”

The album Biggie speaks on is ‘Life After Death’, his double album, which ironically featured a song titled ‘Going Back To Cali’ and ‘Long Kiss Goodnight’, which many felt was a diss towards Tupac.

Napoleon remembers listening to the Biggie Smalls interview on KYLD 107.7 FM. “I think they asked him, ‘How you feel about Pac?’ and it was almost from an arrogant standpoint of view where he was like, ‘You know I got my own problems, I’m not worried about dude’ or something like that, and the people took it as a form of disrespect,” Napoleon added. “So I think for him, it was a little arrogant and it was disrespectful. No doubt it was disrespectful.” 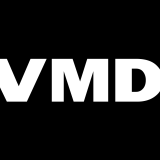 Vegas contributes to various news articles for which consist of Tupac, Tech, Hip Hop, and Wrestling news. As well as for The Dinner Club show.

That video is not a BIG’s last performance. That performance was from the 1996 soul train awards. Don’t you guys fact check?